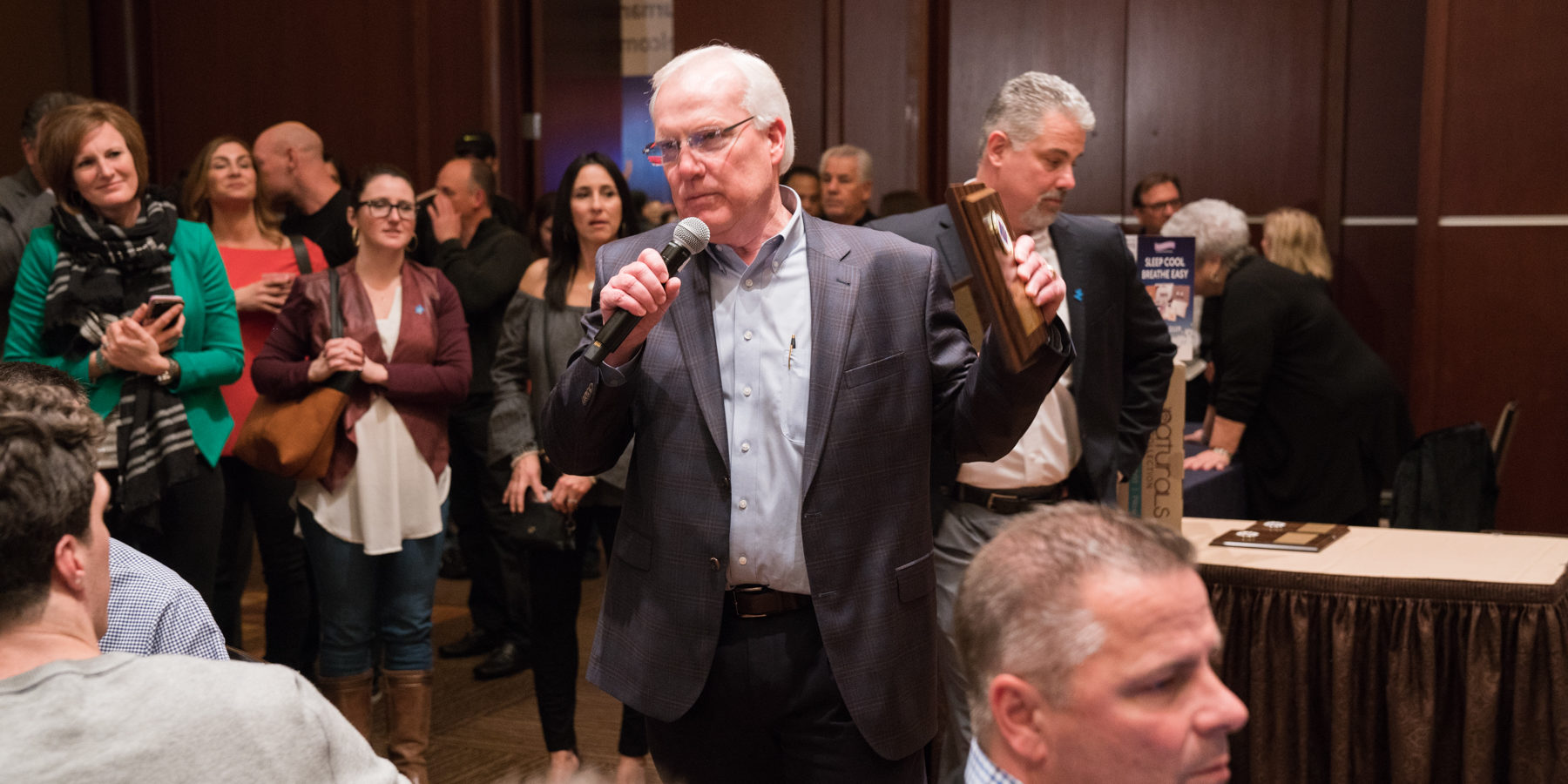 Las Vegas, December 4, 2018: Jackson McQuiston, son of Mike McQuiston, President of Symbol, will be speaking to the crowd prior to the poker tournament. He will then play in the event for the 1st time! Jackson is 21 and lives in Richmond, Virginia. Currently he is attending a program called “Courage To Succeed” for high functioning adults with Autism. He also works at Home Depot and is taking welding classes at a local community college. We look forward to hearing from Jackson! (Pictured: Karl Glassman addressing the crowd at 2018 event)

Hosts would like to thank Karl & Cathi Glassman as a $5,000 Platinum sponsor, HFA Next Generation Now, Coconis Furniture, Custom Fundraising Solutions and Malouf for being the most recent $1,000 Silver sponsors to the event and Richmond Furniture Gallery as a $500 Bronze sponsor. This will be the 1st year HFA Next Generation Now has partnered with Ante4autism and they will have a special table at the event for their members. All these sponsors join Leggett & Platt Inc. as the Presenting sponsor and Symbol Mattress as the Final Table sponsor for the 2019 event to be held at the Golden Nugget – Saturday, January, 26th, 2019. Also, sponsoring the 2019 event are: $10,000 Diamond Sponsors: Ashley Furniture & Furniture First, $5,000 Platinum Sponsors: Protect A Bed & Eclipse International/Eastman House, $2,500 Gold Sponsor: Planned Furniture Promotions, $1,000 Silver sponsor Big Sandy Superstore, $500 Bronze Sponsors Englander/Englander President & CEO Kevin Toman and Joyce Cassen, MD for her sponsorship.

The 11th annual Ante4autism event will be held in the Grand Event Center of the Golden Nugget. There will be a silent auction and live auction for some very special items. Sponsorship guidelines are on the web site (Ante4autism.com), with a complete explanation of each level of sponsorship. Sponsors can sign on there and players can sign up to register to play now on the web site ($150 entry fee) or by contacting Doug Krinsky.

Autism Spectrum Disorders (ASD) are diagnosed in 1 in 59 children in the United States according to the CDC!! It is 4 times more prevalent in boys than girls. ASD occurs in all racial, ethnic and socioeconomic groups. The Co-Hosts are committed to helping the families and individuals impacted by Autism in any way they can.