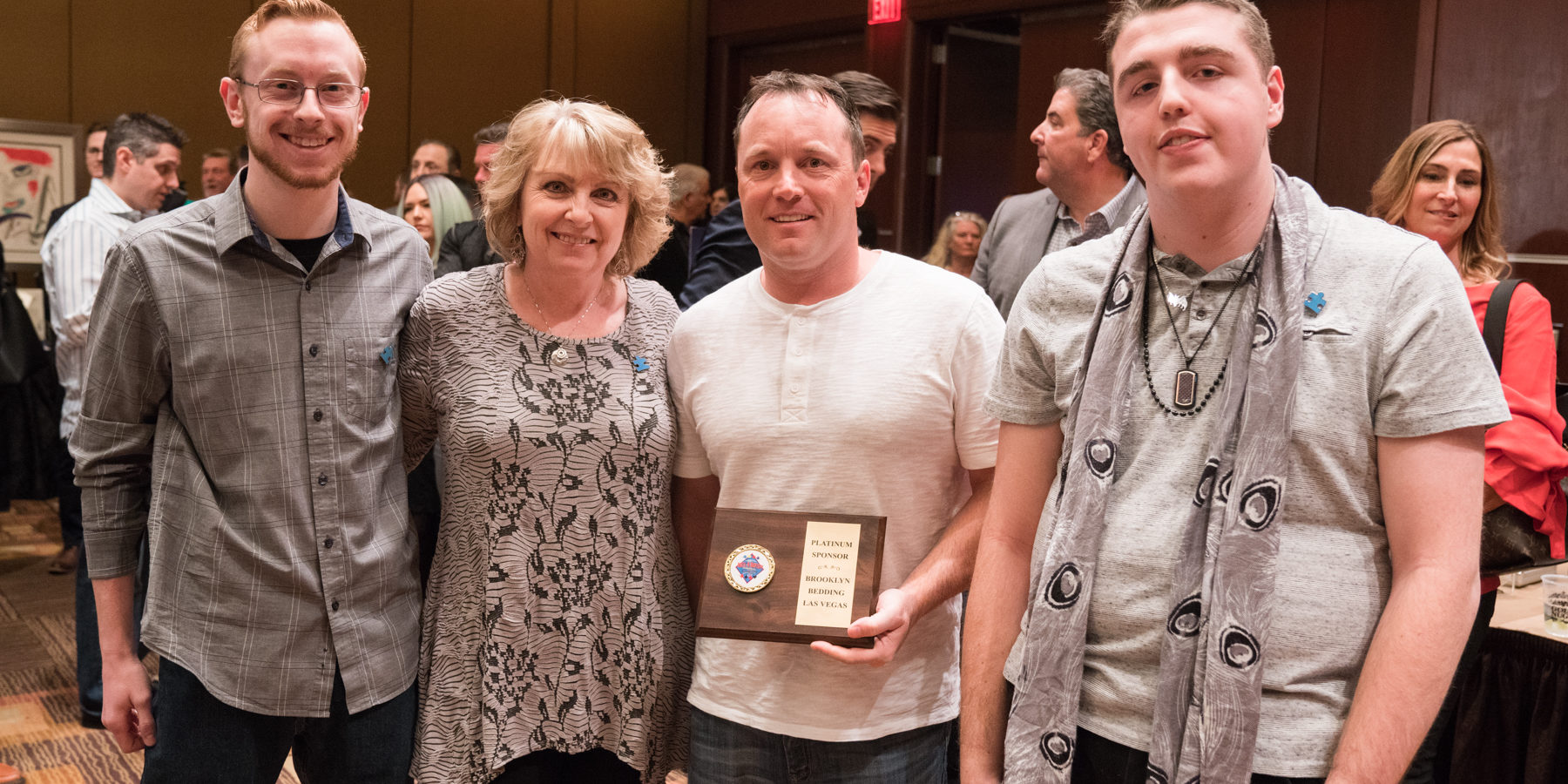 Brooklyn Bedding has re-upped their sponsorship for the 12th annual Ante4autism event. TRU Lite Bedding has also committed to donate to the silent auction as well.

sponsor, Planned Furniture Promotions $5,000 as well as Brooklyn Bedding. We have also received a merchandise donation from TRU Lite Bedding.

The 12th Annual Ante4autism event will be held at the Golden Nugget: Saturday, January 25, 2020 in the Grand Event Center. Doors will open at 6 PM, event begins at 7 PM. The Golden Nugget has reserved the entire room for the Ante4autism event in anticipation of a large crowd again this year! Registration is open for players ($150 entry fee) and sponsorships are now available (Ante4autism.com – check out the web site!!) or by contacting Doug Krinsky.

Co-Hosts are have announced the 5 Autism charities who will receive proceeds from the 12th Ante4autism event: Oakstone Academy, Willow Farms by Steps Academy, Project F.O.C.U.S. at UNLV, National Autism Association of Southeast Ohio and Autism Speaks. Founder Krinsky would also like to thank all the Co-Hosts, as they volunteer their time and spend hours on the event and receive no compensation for their work!

Please contact Doug Krinsky, if you would like to sponsor or donate to the 12th Annual Ante4autism event in 2020: Ante4autism@aol.com, Ante4autism.com or 614-554-0802. We have 5 levels of sponsorships this year. Please refer to the various levels on the web site.

Autism spectrum disorders are diagnosed in 1 in 59 children in the United States according to the CDC!! The Co-Hosts are committed to helping the families and individuals impacted by Autism in any way they can.